Merry Meet on the Solstice Day

Today is officially the shortest day of the year and the day when some traditions mourn the death of the old king and welcome in the new king. We see this reflected in Christmas and in modern pictorials of Old Man Time and Baby New Year. But we also see it throughout fiction as the sacrifice of the summer king.

The idea that sacrifice is needed by ourselves and our gods plays throughout history, fantasy, and paranormal fiction, but nowhere have I seen it done better than in the book Lammas Night written by Kathryn Kurtz. Kathryn Kurtz is a fantasy author who is most famous for the Deryni novels and you can find out more about her HERE, but I have always loved her story of magic through the ages that she captured in Lammas Night. 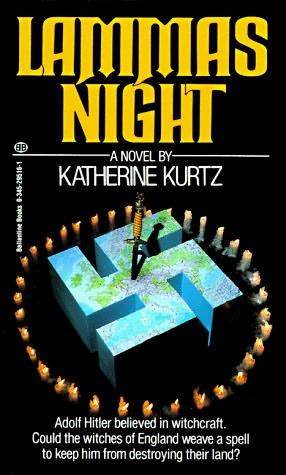 In the book England is faltering under the constant attacks of the Nazi’s and the pagan population (which has been fractured and hidden) decides they need to do something. Interwoven within the story of the secrets of the English Pagans is another story, one that comes down through time, of heroes and kings and their sacrifices in times of need. And this is definitely a time of need.

One of the best Winter Solstice celebrations I attended we asked everyone to walk a spiral labyrinth and on their way in to think about what they wanted to leave behind. When the center was reached and we turned around we were supposed to leave it there and walk out, free and open to the New Year and possibly to new versions of ourselves.

As we celebrate the close of 2011 and welcome 2012, what changes are you making to your life. Are there things that need to be purged, or sacrifices made to make the New Year better? When you ring that bell at midnight, what will you be leaving behind?